There are so many emotions that one feels when dealing with a divorce but to me, fear is the main one that needs to be addressed and tackled.  Whether you realize it or not, fear is the basis of every negative thought you think.  Fear ends up dictating your thoughts, which affects your decisions and ultimately, your behavior. Take for example a woman who is getting divorced and thinks her husband is going to leave her high and dry financially.  At present, this is her thought and her husband has done nothing to show that this is his intention.  Because she is thinking this, she starts hiding money (a bad decision), and ultimately, during the divorce process, this comes out and now her husband is angry and doesn’t trust her which causes real problems.  All of this originated from fear, not reality.  Fear is based on what could happen and out of our imagination and not reality.  Fear will take any obstacle and magnify it 100 times.

In a divorce situation, I see fear exhibited in several ways:

Being in a state of fear will create the following:

There is no doubt, that left unchecked, fear will overwhelm and control you.  The thoughts and beliefs that you think about are the ones that end up having the power and will become your reality.  Whenever you act from a place of fear, that decision is usually not the best one.  Speaking of decisions, please don’t use another person’s divorce and the decisions they made as your playbook.  Remember, every single divorce and the players in it are different.  I have had numerous clients fearful of something happening to them that happened to their friend or family member.  I remind them that while it is good to get information and experiences from those that have gone through it, it is also wise to remember that those experiences in part happened in those people’s lives because of who they are.  Their mindsets, their personalities, their beliefs, and how they respond to things.  You could see and handle the same situation differently and have a completely different outcome.

So what are some steps that you can take to rein in this monster?

Don’t let fear get the best of you because then you won’t be able to live your best life possible. 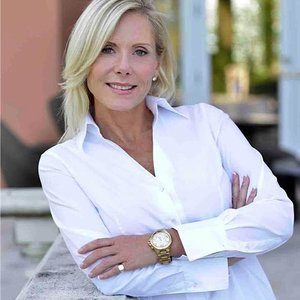 COVID-19 Update: I realize this is a stressful time for many reasons and I am here to help you. Contact me to book a phone session.